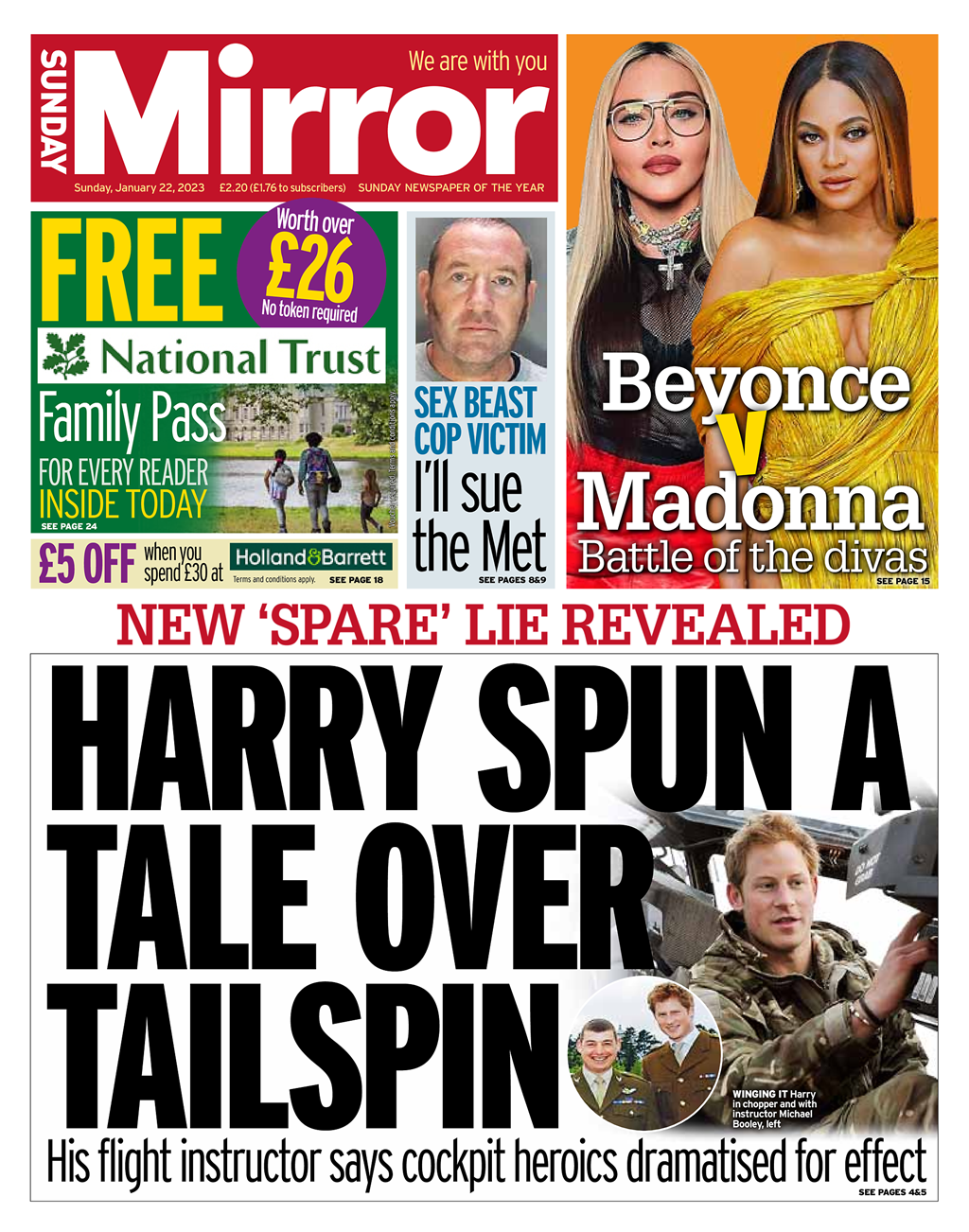 Gillian Joseph takes a first look at Sunday’s news papers, with journalist and author Christina Patterson and the editor of the Jewish Chronicle, Jake Wallis Simons.

The Sunday Mirror leads with a story on Prince Harry, reporting his flight instructor said the duke’s “cockpit heroics” written about in his controversial memoir Spare were dramatised for effect.

The Sun on Sunday

The Sun on Sunday reports that the nation has been invited to a star-studded, three-day party to celebrate the King’s coronation in May, with the Bank Holiday bonanza set to include a Royal Family procession and a Windsor Castle concert.

The Sunday Times leads with the ongoing Ukraine war, writing about life in the trenches for Ukrainian soldiers on the front line in “scenes recalling the First World War”, with troops “calf-deep in the mud, digging yet more defences and repelling the Krenlim conscripts sent into no man’s land”.

The Sunday Telegraph reports that the King is to put refugees and the NHS at the heart of a diverse Coronation that will bring the nation together with a three-day celebration designed to reflect modern, multicultural Britain.

The Daily Star writes that dunking biscuits in mugs of tea could be a thing of the past as youngsters turn to savoury snacks such as samosas to enjoy with a brew.

The King wants his Coronation to unite the nation and lift the gloom caused by the pandemic and cost-of-living crisis, the Sunday Express writes.

The Observer reports that Nadhim Zahawi was battling to save his political career on Saturday after finally admitting to reaching a tax settlement with HM Revenue and Customs (HMRC) following an “error” over a controversial multimillion-pound shareholding in the polling company YouGov.

X
UK Newspapers Front Pages: 23 January 2023Mediahttps://youtu.be/L3pGmKzSwic The Times The Times says more than 40 British universities have collaborated with institutions that have been linked to m…