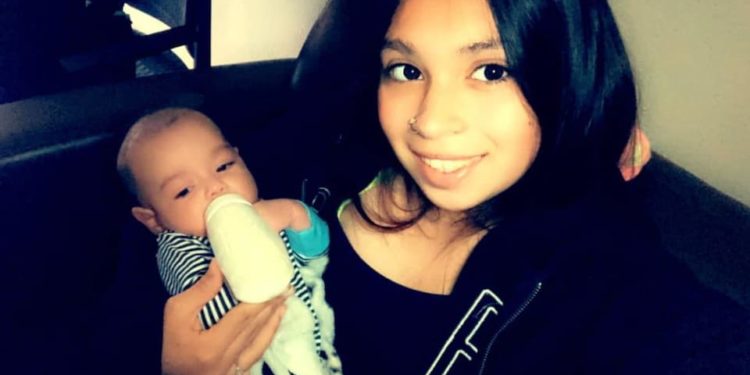 A shooter stood over a teenage mother clutching her 10-month-old baby before shooting them both in the head during a cartel-style attack that left six family members dead, police said.

Alissa Parraz, 16, appeared to be running for her life when the killers caught up with her and her son Nycholas outside their home in Goshen, a California farming community that is home to about 3,000 people, said the local sheriff.

The other four victims of the “assassination-style” attack ranged from 19 to 72 years old, including a grandmother, Rosa Parraz, who was shot as she slept.

“None of this was by accident,” said Mike Boudreaux, Tulare county sheriff, during a press conference. “It was deliberate, intentional and horrific.”

Authorities received a call at 3.38am on Monday about multiple shots being fired in Goshen.

Deputies arrived and found two bodies outside the home and a third body on the doorstep.

They found more victims inside the home, including the grandmother. They discovered Alissa Parraz and her baby down the street.

A forensics investigation revealed she had tried to flee before the shooter caught up with her and stood over her and fired multiple rounds into her skull.

Three people survived, including a man who hid in the home as the killings happened.

Mr Boudreaux said detectives were looking at the possibility the attack was a cartel hit or related to gang violence. “It is very clear that this family was a target,” he said.

He described the victims as relatives who were killed by execution-style “kill shots”, leading him to believe the attackers were practised killers.

The sheriff said officials were familiar with the family home, citing gang activity that “has routinely occurred in the past” there.

Mr Boudreaux stressed that not every victim had affiliations to drugs or gangs, pointedly describing Rosa, Alissa and Nycholas Parraz as “innocent victims”.

Alissa’s grandfather, Samuel Pina, said the teenager and her baby were living with her father’s side of the family.

“I can’t wrap my head around what kind of monster would do this,” he said.

The post Baby and her mother shot in the head in ‘horrific’ cartel-style execution appeared first on The Telegraph.

Back to Top
Close
X
Texas woman’s head found in shower after decapitation by husband: cops…Crime SceneNY POSTThe Texas woman who was allegedly decapitated by her husband was found in a pool of blood near the couple’s bed — and her head was located…