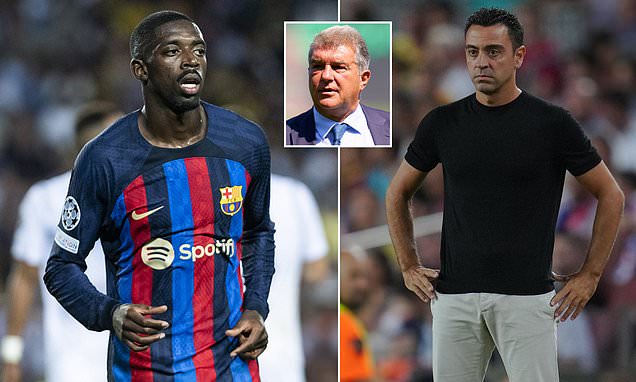 Barcelona star Ousmane Dembele‘s contract extension has been revealed to reportedly contain a release clause of £43.7m, which if paid would see the fee split between the player and the club.

The Frenchman has managed to resurrect his career at the Nou Camp since the arrival of Xavi as manager, despite it seeming that he would be on his way out of the club.

With off-the-pitch issues occurring during the second half of last season, it was believed that Dembele would leave the LaLiga side once his contract expired in the summer.

However, the former Borussia Dortmund forward proved that he can still be an important member of the Barcelona squad, as Xavi called him ‘an example’ to his teammates as he managed to re-find his best form again.

Back to Top
Close
X
Man Utd dealt injury blow as Erik ten Hag suffers international break setback…In the NewsMirrorManchester United have another injury concern to contend with after Martin Dubravka pulled out of international duty with Slovakia.The goalkeepe…