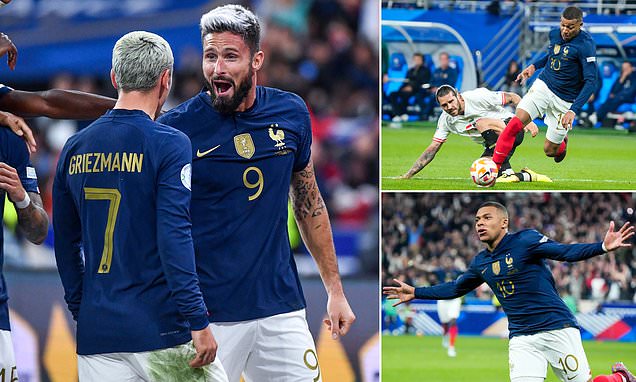 France kept their hopes of staying in the top tier of the Nations League alive as goals by Kylian Mbappe and Olivier Giroud secured a 2-0 home victory over Austria on Thursday.

PSG forward Mbappe opened the scoring with another stunning goal before AC Milan star Giroud, who again showed coach Didier Deschamps he is more than a third-choice forward, sealed the world champions’ win with a header.

France, who travel to Denmark on Sunday, climbed to third in Group 1 with five points from as many games.

Victory came at a price, however, as defender Jules Kounde and goalkeeper Mike Maignan sustained injuries, and may join Karim Benzema, Hugo Lloris, Paul Pogba on the sidelines.

Back to Top
Close
X
Dubravka ruled out of international break in fresh blow to Man United…Latest NewsStandardMartin Dubravka has been ruled out of Slovakia’s Nations League double-header against Azerbaijan and Belarus.The 33-year-old is yet to play fo…