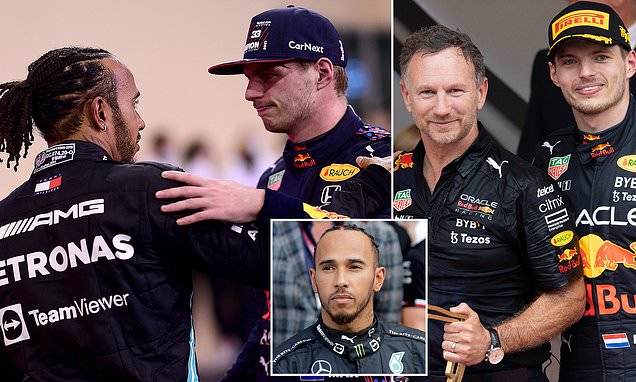 The pair were involved in one of F1’s most tense battles for the world title last season, one that saw the Dutchman snatch the title in controversial circumstances in the final race at Abu Dhabi.

Christian Horner has claimed that he has never heard Lewis Hamilton praise the ability of his arch rival Max Verstappen.

The pair were involved in one of Formula One’s most tense and toxic battles for the world championship last season, one that saw the Dutchman snatch the title in controversial circumstances in the final race at Abu Dhabi.

While the title went in the Red Bull star’s favour due to infamous decisions under the safety car that handicapped Hamilton, the season had already seen a high amount of incidents that only stoked the tension between two of F1’s finest stars.

The pair collided at the British Grand Prix at Silverstone on the first lap putting Verstappen out the race, while another crash at Monza for the Italian Grand Prix led to both cars retiring.

Verstappen was then accused of brake-testing his rival late on in the season at Saudi Arabia, and there were numerous incidents of the duo pushing the limits while overtaking each other all season.

It marks a contrast to this campaign where Mercedes’ inability to challenge Red Bull has enabled Verstappen to stroll towards likely back-to-back titles.

Verstappen was challenged early on by Ferrari’s Charles Leclerc but despite them also dueling hard on the track, Horner believes their years racing against each other in the past has helped build a healthy respect for each other’s talents.

Back to Top
Close
X
Marco Asensio refuses to rule out controversial Barcelona transfer…More Rifs90minReal Madrid winger Marco Asensio has bizarrely refused to outright deny the possibility that he could join fierce rivals Barcelona in the future.…

X
Kai Havertz hits out at Chelsea decision to sack Thomas Tuchel…More Rifs'With the current sixth place in the table, you can't speak of a messed up start to the season.'Kai Havertz has questioned Todd Boehly’s decision…