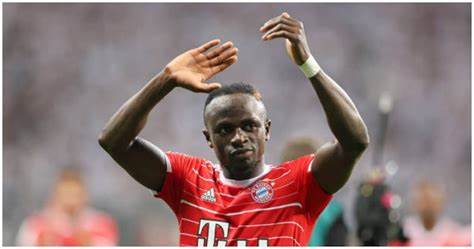 Sadio Mane was signed in 2016 during Jurgen Klopp’s first full pre-season at Liverpool. The Senegalese forward made 269 appearances and scored 120 goals at Anfield. All for just £30million.

However, at the age of 30 and his contract coming to a close, Liverpool decided to cash in and transition to a ‘post-Sadio Mane’ life at the club when he was sold for around £25million to German champions, Bayern Munich.

Liverpool filled the initial void felt by Sadio Mane’s departure by investing heavily into a young, Uruguayan prospect – Darwin Nunez. After an inconsistent start at Anfield mixed with a squad riddled with injuries, it’s fair to say Liverpool haven’t been at their very best so far in 2022-23.

When there are problems, there are people seeking answers as to why those problems have arisen. One of those people is the former Sky Sports presenter (before he was sacked following misogynistic comments) Richard Keys.

He claims he is “surprised about Liverpool’s stuttering start”, and says that Jurgen Klopp’s team look “tired”. He continued:

“Salah is still way off and that’s got to be a concern for Klopp. I know they had to sell either Mane or Salah because both contracts were winding down, but at the moment it looks as if they sold the wrong one, despite Mane’s apparent difficulties in Munich.”

Sadio Mane’s “difficulties” that Richard Keys is referring to is the fact that as a whole, Bayern Munich aren’t performing where they would expect to be, i.e. they’re not 1st in the Bundesliga. They’re actually 6th and haven’t won any of their last four games.

Now this poor form being endured by the Bavarian club isn’t down simply to Sadio Mane not performing, however, there have been reports suggesting he is struggling to settle down at Bayern Munich following his move.

Mohamed Salah isn’t in the greatest form of his life but to actually question whether Liverpool should’ve sold him in the summer is plain absurd. The Egyptian could make a case for himself that he is the best player in Liverpool’s history, never mind just the current squad. The goals will return and Richard Keys’ comments will be laughed at.

This article originally appeared in MSN

'They Sold the Wrong One' | Pundit says Liverpool made a mistake