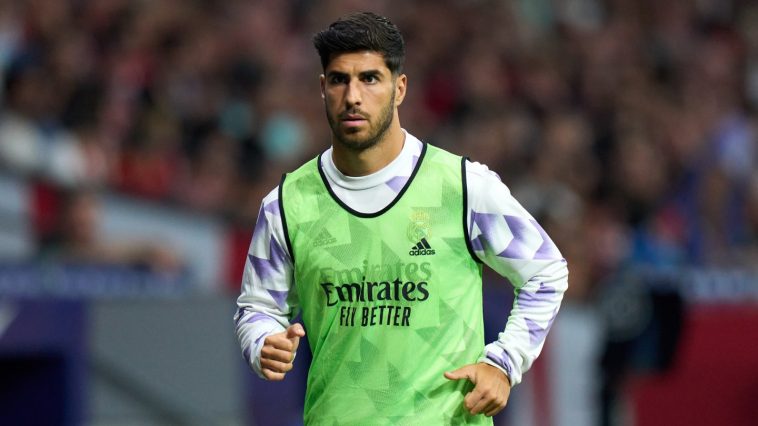 Real Madrid winger Marco Asensio has bizarrely refused to outright deny the possibility that he could join fierce rivals Barcelona in the future.

Despite once being tipped for superstardom, Asensio has seen his career stall even though he should now be approaching his peak at 26. The Mallorca-native managed 10 La Liga goals last season but only started 19 times and has played just 11 minutes in the league so far in 2022/23.

The versatile Asensio, who is also in the final year of his contract at the Bernabeu, is very much a back-up figure behind the likes of Vinicius Junior, Rodrygo and Federico Valverde.

Rumours of a controversial switch to Barcelona started earlier this week when agent Jorge Mendes was reported by the Catalan press to have got in touch over a potential free transfer next summer.

Asensio denied any knowledge of any contact between of his people and Barça but also didn’t rule it out as a potential option.

“Honestly, I don’t know if they have called. A lot of other clubs have been linked [with me] as well. But it’s normal because in seven months, well, from January actually, I am free to speak to other teams,” he explained to radio station COPE.

“It’s just that I have not thought about [joining Barca] or considered it. Honestly, right now, I can’t give you an answer. I don’t know,” he added…