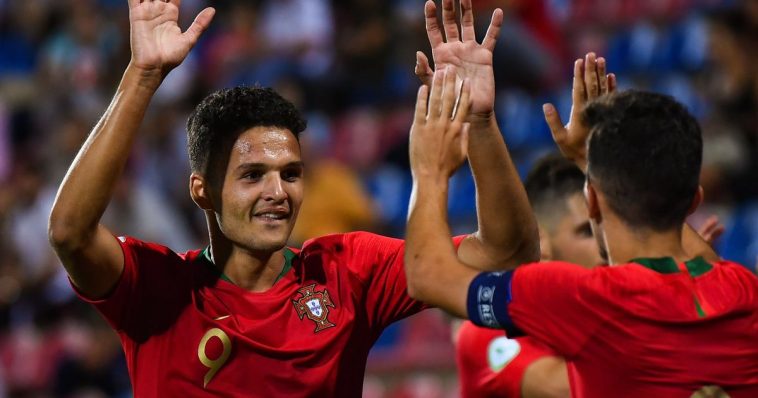 Manchester United are reportedly keen on signing Goncalo Ramos from Benfica after links with the likes of Wolverhampton Wanderers and Newcastle United in recent months.

The Portuguese made 12 goal contributions last season for Benfica, and netted eight times in 46 appearances across all competitions. Seven of those appearances came in the Champions League, while the Portugal forward also scored in Benfica’s 3-3 draw against Liverpool at Anfield.

This season, Ramos has netted an impressive eight goals in 12 appearances across all competitions, as well as four goals in six league games. The striker reportedly has an enormous £100million release clause, but Benfica are unlikely to receive that sort of figure in January or next summer.

Wolves were said to be in talks with Benfica over signing Ramos in the summer, before signing Goncalo Guedes and later Sasa Kalajdzic to bolster Bruno Lage’s forward options. According to Mais Futebol, the Molineux club were working on a deal to sign Ramos and the Portuguese publication claimed that Wolves had “started talks”, but a deal never materialised…

Back to Top
Close
X
Rafa Benitez: Liverpool ties made it tough to succeed with Everton…RifsBy Max Mathews 'I couldn't do it because I was RED': Rafael Benitez admits his ties to Liverpool made it extremely difficult to succeed with thei…

X
Ronaldinho tipped Gabriel Jesus to follow his lead and replace Lionel Messi as t…RifsBy Ben Husband For the first time in what it feels like more than a decade, Arsenal supporters have genuine reasons for optimism. The Gunners last tit…