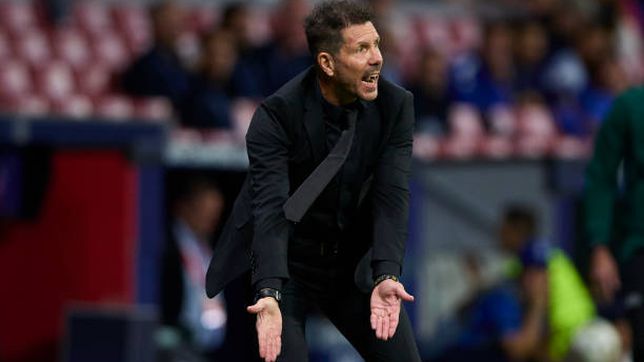 Diego Simeone’s success at Atlético has served to make him the world’s highest paid manager, earning almost the same as Guardiola and Klopp combined.

Atlético Madrid host Real Madrid in the derby on Sunday, a game that has increasingly become more of a level playing field since Diego Simeone took over at the Rojiblancos in December 2011, replacing Gregorio Manzano. The Argentinean, a former player at the club, snapped Madrid’s 14-year unbeaten streak in derby fixtures when he led Atlético to the 2012-13 Copa del Rey title, and since then he has overseen 36 matches against Real Madrid in all competitions, winning 10, drawing 11 and losing 15. That would represent a decent return even without taking into account that Atlético had failed to engineer a single win over their cross-town rivals in 25 games before El Cholo rode to the rescue.

Zach Lowy on Twitter: “Diego Simeone is still the highest paid manager in Europe with a gross monthly salary of €3.33 million, per @lequipe. pic.twitter.com/U151xaT72J / Twitter”

Diego Simeone is still the highest paid manager in Europe with a gross monthly salary of €3.33 million, per @lequipe. pic.twitter.com/U151xaT72J

Little wonder then that Atlético have pulled out all the stops to ensure that Simeone stays exactly where he is. There have been plenty of suitors for the Argentinean over the years, chief among them Inter Milan, where Simeone spent two seasons as a player, the Italian side having made several attempts to lure him back to San Siro. Simeone has admitted he would like to take charge of the Serie A side one day but remains fully committed to Atlético in the meantime and the club have made him the highest paid manager in the world, on a monthly salary of €3.33 million, according to L’Equipe.

* Monthly salary figures according to L’Equipe

Back to Top
Close
X
If the NBA is serious about living its values, then Robert Sarver has to go…OP-EDDonald Sterling was banned from the NBA for life. What the Suns’ Robert Sarver did was worse, but earned him a slap on the wrist. The league simply mu…

Who is the highest paid manager in football?