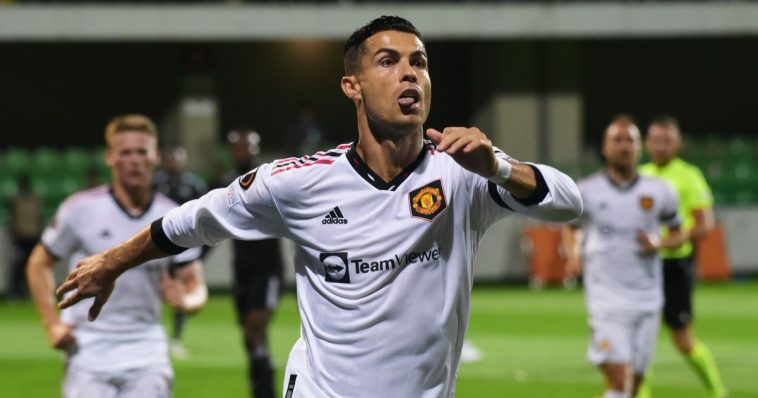 Cristiano Ronaldo has been given a new nickname by his Manchester United teammates as Erik ten Hag continues to reunite his dressing room.

The 37-year-old scored his first goal of the season as the Red Devils ran out comfortable 2-0 winners over Moldovan side Sheriff last Thursday – with Jadon Sancho netting United’s other. It was an important moment for Ronaldo, who has struggled to get going this season whilst dealing with a lack of playing time.

He has found himself out of the starting XI in the Premier League, with Marcus Rashford preferred through the middle in recent weeks. The latter has scored three goals in his last four appearances, including two in a 3-1 win over Arsenal in the Red Devils’ last league outing before their games against Crystal Palace and Leeds United were both postponed.

However, Ronaldo has started their first two Europa League group stage games and is seemingly back enjoying his football again and relishing the chance to work with Ten Hag. He has also formed a close bond with one of the new signings, with Ronaldo getting close with Lisandro Martinez.

It was the former Ajax man that appeared to reveal his nickname for Ronaldo after commenting on one of the Portuguese star’s Instagram posts. Ronaldo posted a picture to his Instagram account of him in action during the win over Southampton. As expected, a number of people commented on the post, including Martinez…

Back to Top
Close
X
Gerard Piqué haunts Shakira as he stole her Grammys: Report…Last PostThe NewsSinger Shakira  estranged ex-Gerard Piqué has took away her Grammy awards without her knowledge, as per La Razon.The Spanish newspaper ma…