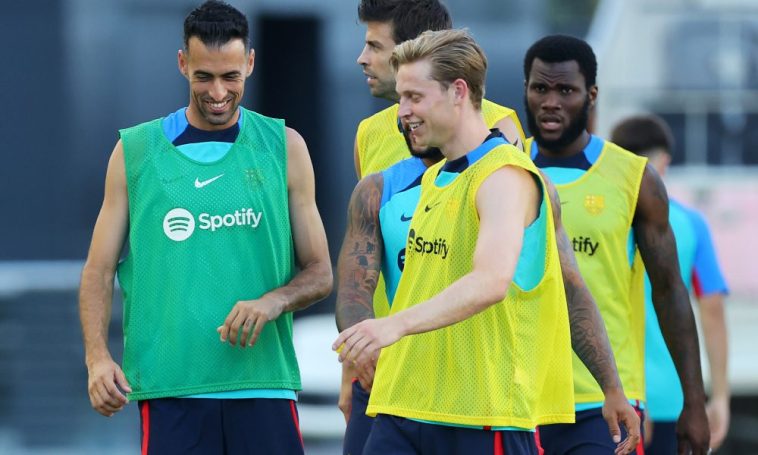 The number six position was a point of contention at FC Barcelona during the summer transfer window, especially with Sergio Busquets being in the final phase of his career and Frenkie de Jong being subjected to a move away from Camp Nou.

However, the Dutchman ended up remaining at the club – a move that did not appear to be quite advantageous for Barça due to the midfielder’s hefty wage bill.

But a month into the new season, it appears Xavi is prepared to make de Jong a major part of his first-team plans. The Barcelona coach, in fact, has identified the former Ajax starlet as the ideal alternative for Sergio Busquets, reports Diario SPORT.

As things stand, Busquets is the undisputed choice for Barcelona in the defensive midfield role. The veteran offers composure and experience like no other. But at the age of 34, he is not at the same physical level he once was, thus forcing Xavi to opt for rotation.

Busquets was notably left on the bench in games against Elche and Viktoria Plzen while he was suspended against Real Sociedad earlier in the season.

In all three matches, Xavi has preferred de Jong as the alternative in the number six role. It appears the Barcelona coach rates the Dutchman highly due to his technical prowess and ability to control the tempo of the game…

Back to Top
Close
X
Cristiano Ronaldo 'knocked out' after skinning Liverpool signing in training…RifsLiverpool EchoCristiano Ronaldo, the phenomenon that is the CR7 global brand, the record-breaking goals, the hype throughout his career – apparently i…

Xavi has chosen his Sergio Busquets alternative at Barcelona