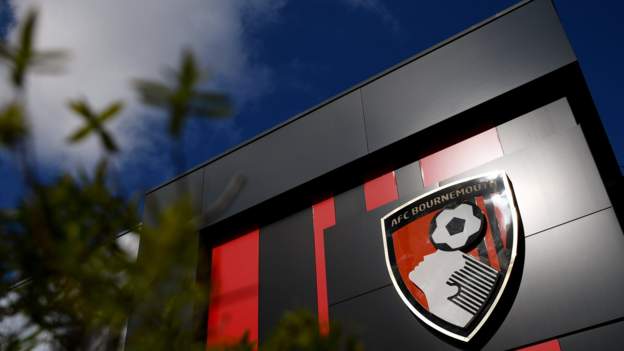 A Las Vegas-led consortium is aiming to complete a takeover of Premier League club Bournemouth by the end of October.

It is believed that Bill Foley, owner of the National Hockey League (NHL) team Las Vegas Golden Knights, is leading the bid.

The consortium has entered a period of exclusivity over the purchase of the club with terms and a price for the purchase already agreed.

Bournemouth were promoted from the Championship in May.

The club are owned by Russia-born businessman Maxim Demin.

Subject to a review from the Premier League, the new owners hope to be in position at the Vitality Stadium by the end of next month.

It would be the latest American investment into the English top flight after a group led by Todd Boehly took over Chelsea in May.

Speaking at a news conference before Saturday’s game at Newcastle, Bournemouth caretaker manager Gary O’Neil said he had not been informed of any imminent change in the ownership of the club.

“I haven’t heard anything of it over my side,” he said.

“We’re working on the football side, making sure we are fit, ready and sharp. I haven’t heard any chat around a takeover.”

If this deal is agreed, it would take the number of United States owned Premier League clubs to eight out of 20 – and that does not include Leeds United, where the owners of San Francisco 49ers have a minority 44% stake, or the City Football Group, where private equity group Silver Lake has just become the second largest shareholder, taking a 14.5% stake in the group that controls Manchester City.

American Foley is the 77-year-old owner of the Golden Knights and, evidently, he sees there is money to be made by owning a Premier League club.

However, fans will want more detail around the proposed funding of the sale if current owner Demin agrees to it, particularly if it involves the type of borrowing another US company, ALK Capital, used to complete their purchase of Burnley.

X
Gerard Piqué haunts Shakira as he stole her Grammys: Report…Last PostThe NewsSinger Shakira  estranged ex-Gerard Piqué has took away her Grammy awards without her knowledge, as per La Razon.The Spanish newspaper ma…