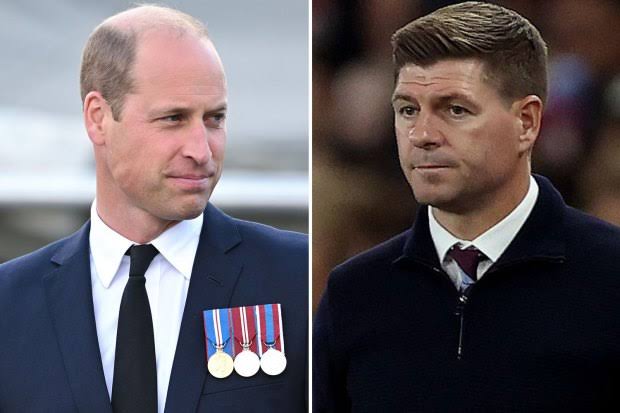 Last night’s match marked the first time that Prince William’s beloved Villa have been in action since the passing of his grandmother Queen Elizabeth II aged 96.

Asked about the Royal after the match, the Villa boss said: “I’m sure he probably knows the result, knowing him and how much he loves this club, he’ll know the result and I’m sure he’ll be very proud of the clean sheet.

“He messaged through the week, to the club, and I think that shows everything he thinks of this club and how much support he wants to give.

“For us to reward that with a result and a clean sheet, I’m sure he will be extremely proud.”

Back to Top
Close
X
Which footballers have played alongside both father and son?…Popular URL“When Bobby Clark came on for Liverpool against Bournemouth it meant that James Milner has played alongside a father (Lee Clark at Newcastle) and son …