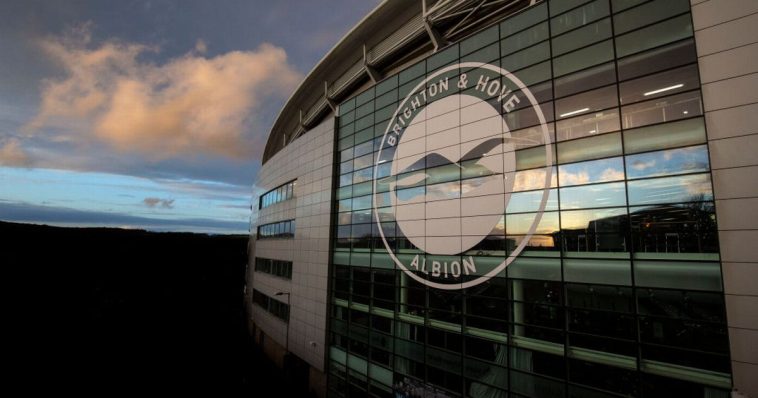 Brighton says an “administrative error” was behind their breach of FA Regulations when completing a number of transfers over three years.

The FA says it has fined Albion£366,600 and the club’s Head of Recruitment and Analysis, Paul Winstanley, £6,400 for the breach. The governing body adds that both the Seagulls and Winstanley have admitted they ‘misrepresented the roles of registered Intermediaries in relation to transfers or contract negotiations of players’ between January 2015 and January 2018.

In response, the Seagulls said they accept the FA’s findings of the breach, but they acted in “good faith”, and once the error was discovered, the Sussex side reported it to the governing body and went about correcting it. According to The Daily Mail, Brighton breached FA rule A3, which states clubs should not ‘conceal or misrepresent the reality and/or substance of any matters in relation to a transaction’.

The FA statement reads: “An independent Regulatory Commission has fined Brighton and Hove Albion FC £366,600 and its Head of Recruitment and Analysis Paul Winstanley £6,400 for breaching FA Regulations.

“Both Brighton and Hove Albion FC and Paul Winstanley admitted that they misrepresented the roles of registered Intermediaries in relation to transfers or contract negotiations of players to The FA between January 2015 and January 2018. The independent Regulatory Commission imposed their respective fines following an FA disciplinary hearing, and the written reasons for these decisions will be published in due course.”

Brighton added since they reported the error, they have updated their procedures to make sure this will not occur again. Sussex Live understands the FA accepted Albion acted in good faith, too…

Back to Top
Close
X
Raducanu out of Slovenia Open in second roundLast PostBBCEmma Raducanu is out of the Slovenia Open after a disappointing defeat by Germany's Anna-Lena Friedsam in Portoroz.The British number one was top s…