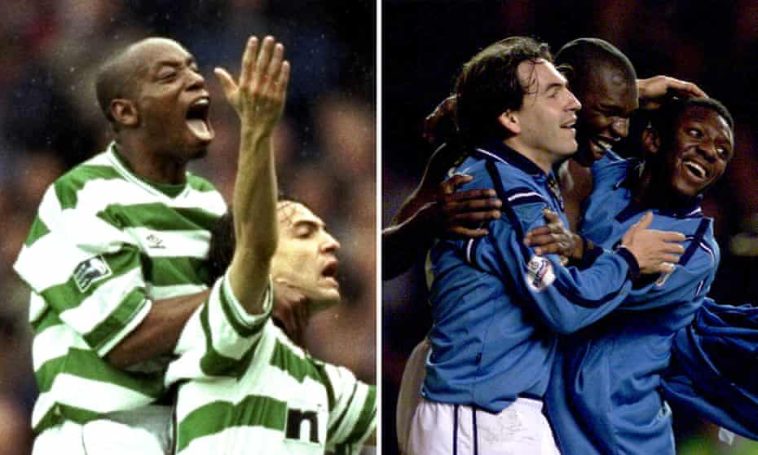 “When Bobby Clark came on for Liverpool against Bournemouth it meant that James Milner has played alongside a father (Lee Clark at Newcastle) and son (Bobby). How many other players have played alongside a parent and child in their career?” asks Gregg Bakowski. “I’m guessing some Iceland players will get the ball rolling.”

James Milner has been playing Premier League football for almost 20 years, so it’s no surprise that he ended up on the list. And it’s an exceedingly long one, so let’s crack on. “I’m sure there are many, many other players who lined up alongside both Ian Wright and Shaun Wright-Phillips,” writes Tim Postins, “but I’m fairly busy today so I stopped after thinking of Eyal Berkovic, who was at West Ham [and Celtic] with Wright Sr in the late 90s and then Wright-Phillips at Manchester City from 2001-04.”

Patrick Vieira also played with both, for Arsenal and then Manchester City, and a number of you pointed out the various England players who appeared alongside Wright (whose England career ended in 1998) and Wright-Phillips (who made his debut in 2004). The list includes Rio Ferdinand, Michael Owen, Sol Campbell, Gary Neville, David Beckham, David James and Nicky Butt. A couple of other England regulars around that time, Frank Lampard and Joe Cole, appeared alongside Wright for West Ham and Wright-Phillips for their country.

The Wright-Phillips story isn’t done yet. “Phil Jagielka played for England alongside Shaun Wright-Phillips for the first time in a friendly defeat to Spain in February 2009,” writes Adam Pinder. “Fast forward to 2022 and Jagielka is playing for Stoke alongside Shaun’s son D’Margio Wright-Phillips. They first appeared together in a 2-0 win at Hull in January.” Adam also suggests the Scotland goalkeeper Craig Gordon, who has appeared for Hearts alongside Andy Kirk (2002-04) and his son Makenzie (2022).

Given their longevity, goalkeepers are prime candidates for this question. “Gianluigi Buffon managed this feat a couple of seasons ago when he played alongside Federico Chiesa at Juventus,” notes Daniel Herlihy (and others). “During the 1990s, Buffon had shared a dressing room at Parma with Federico’s father Enrico.”

And while it’s not in the question, Alan Owens reckons Buffon has played against at least three father-and-son combinations: Patrick and Justin Kluivert, Diego and Giovanni Simeone, and Lilian and Marcus Thuram.

There are plenty of examples where fathers and sons have played alongside each other, which means all their teammates join the Milnerlist. We looked at this in a previous Knowledge question, but there are a couple of other examples worth mentioning. “I probably won’t be the only person,” begins Erin Ralf, “to point out that 11 Hartlepool United players played (and lost 2-0) against Stockport County’s father-and-son pair Alex and David Herd in the final game of the 1951 Third Division North season.” That also means nine other Stockport players appeared alongside them.

Back to Top
Close
X
Floyd Mayweather in talks for big-money fight with YouTuber Deji…Popular URLBy George GlinskiFLOYD MAYWEATHER will reportedly continue his retirement tour with a fight against British YouTube star Deji.Floyd Mayweather is repo…

Which footballers have played alongside both father and son?