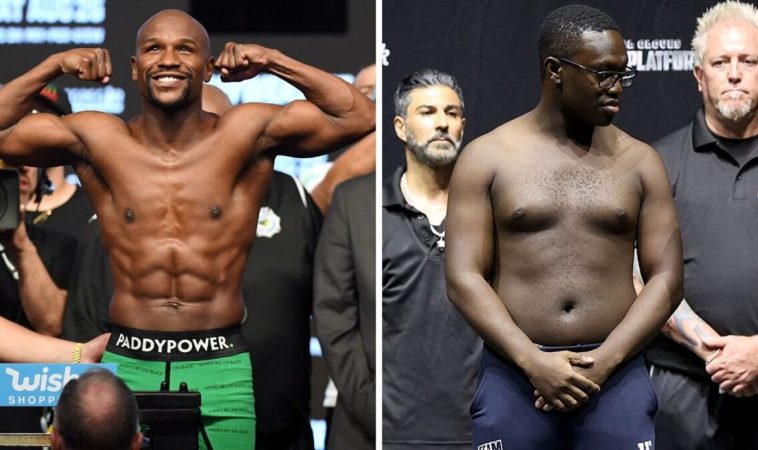 FLOYD MAYWEATHER will reportedly continue his retirement tour with a fight against British YouTube star Deji.

Floyd Mayweather is reportedly set to face KSI’s brother Deji in a Dubai exhibition bout this November. The fight will mark his fifth outing in an exhibition setting since retiring from professional boxing in 2017.

The 45-year-old has been making a lot of money staging non-scoring bouts across the world. In 2018, he kicked off his retirement tour by knocking out Japanese kickboxing star Tenshin Nasukawa before facing YouTuber Logan Paul in 2021 and ex-sparring partner Don Moore in May.

He is now preparing to face MMA fighter Mikuru Asakura on September 25 but isn’t looking to stop there.

According to The Mirror, Mayweather’s team are deep in the planning stages for a Global Titans Fight Series event on November 13, at the Coca-Cola Arena. Terms are understood to have been agreed upon last week with Mayweather’s team making the initial approach.

On the undercard, Love Island winner Jack Fincham is reportedly in talks to stage his long-awaited celebrity boxing debut after a lengthy amateur career, with Harley Benn – son of British boxing legend Nigel – in talks as well.

Jake Paul’s sparring partner Anthony Taylor – who fought Tommy Fury on the Woodley-Paul I bill – is among those expected to feature, while MMA legend Paul Daley has also been approached.

Back to Top
Close
X
Serena Williams says she will 'not be relaxing' after playing final match before expected re…Popular URLAsked if she planned a retirement U-turn like legendary NFL quarterback Tom Brady, Serena Williams said the seven-time Super Bowl winner had started a…

Floyd Mayweather in talks for big-money fight with YouTuber Deji

X
Which footballers have played alongside both father and son?…Popular URL“When Bobby Clark came on for Liverpool against Bournemouth it meant that James Milner has played alongside a father (Lee Clark at Newcastle) and son …