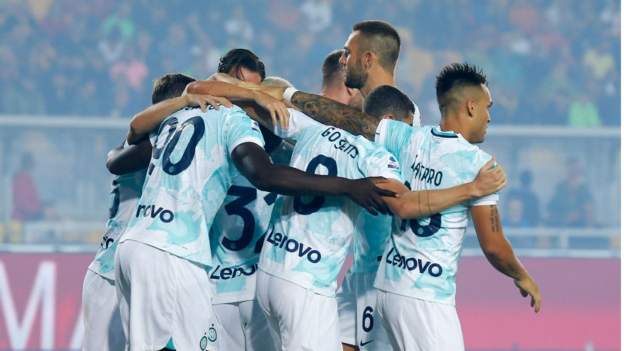 Romelu Lukaku scored less than two minutes into his Serie A return to help Inter beat Lecce in dramatic fashion in the opening game of the season.

Lukaku, who re-signed for Inter on a season-long loan just a year after leaving for Chelsea, headed home from close range to open the scoring.

Lecce hit back three minutes after the restart through Assan Ceesay.

However, Denzel Dumfries sealed all three points with a last-gasp effort from close range following a corner.

Inter are aiming to reclaim the Scudetto, having relinquished their crown to rivals AC Milan last season.

Back to Top
Close
X
UFO or secret spy plane debate sparked by photo unearthed after 32 years…In the NewsA extraordinary image taken of the British skyline has caused a massive debate, dividing opinions on whether it is an alien UFO or a top-secret U…

X
Antonio Conte sends thinly veiled threat to 'lucky' Thomas Tuchel on Ins…In the News'Making you trip over would have been well deserved!'Despite saying he wanted to draw a line under their scuffle, Antonio Conte has quickly reignited …