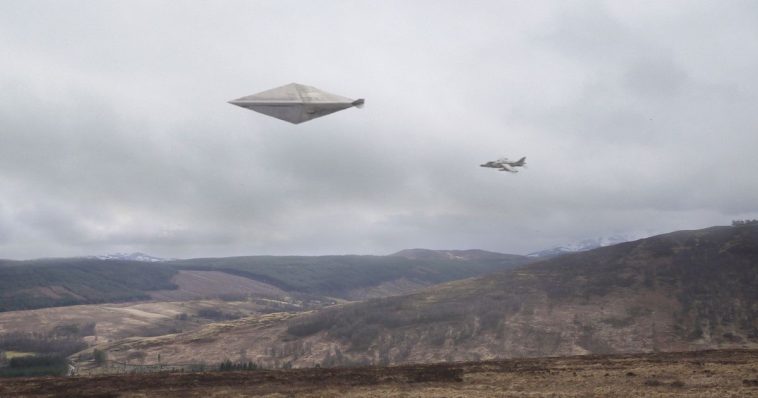 A extraordinary image taken of the British skyline has caused a massive debate, dividing opinions on whether it is an alien UFO or a top-secret US military plane.

The picture was taken by two young chefs on the edge of Cairngorms National Park in Scotland on August 4, 1990.

After taking the photo though, the image disappeared from view, along with the two men who took it.

Now David Clarke, university lecturer at Sheffield Hallam and investigative journalist, has told the Mail that he has found a hidden copy of the image.

Named the Calvine File, the two young chefs took their photographs to the Daily Record although no story ever made it to the public domain.

Back to Top
Close
X
Brazen couple have sex on beach in broad daylight yards in front of sunbathers…In the NewsA shameless couple were spotted having sex on a public beach – while others enjoyed the sun, sea and sand just a few yards away.The unnamed couple wer…

X
Lukaku makes scoring return in late Inter winIn the NewsRomelu Lukaku scored less than two minutes into his Serie A return to help Inter beat Lecce in dramatic fashion in the opening game of the season.Luka…