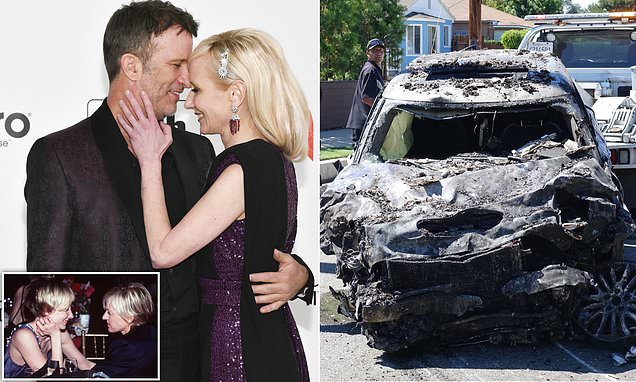 The horrific car crash that led to Anne Heche death came at the end of a downward spiral that started when she split with lover Thomas Jane, DailyMail.com can reveal.

And it followed a pattern for the actress whose previous break-ups have preceded bizarre behavior.

Heche died Friday a week after she plowed her blue Mini Cooper into a home in the Mar Vista section of Los Angeles. She was 53.

Heche and Jane, also 53, had been together since 2019 and he even transferred his home in the Silver Lake area of Los Angeles into joint ownership with her the following year.

‘She was crazy in love with him,’ one friend told DailyMail.com. ‘After so many failed relationships she thought she finally found her person – the guy who would be in her life forever.

‘And when they couldn’t make it work, she started falling apart.

Back to Top
Close
X
The dark secret that lies behind my £10m Grand Design nightmare…UncategorizedChesil Cliff House sits on a precipice, its floor to ceiling windows offering panoramic views of the stunning North Devon coastline.At the front is a …