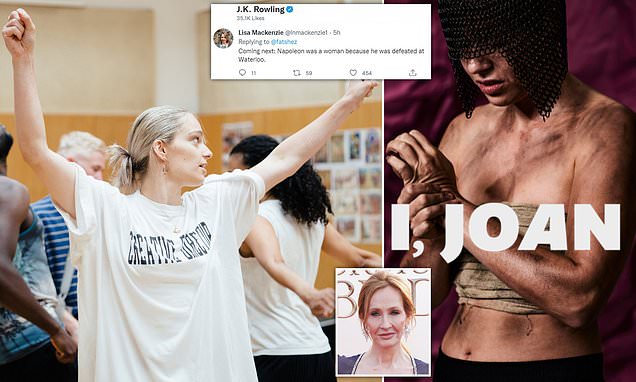 Harry Potter author JK Rowling has ridiculed the Globe Theatre’s portrayal of Joan of Arc as non-binary after women’s rights campaigners said the switch was ‘insulting and damaging’.

Ms Rowling is a long-time campaigner of women’s rights and has spoken out over concerns on transgender people having access to women-only spaces.

MailOnline’s exclusive yesterday on Shakespeare’s Globe Theatre’s new portrayal of Joan of Arc as non-binary and using the pronouns ‘they/them’ has sparked extensive backlash from feminists and historians.

X
Anne Heche's final moments: How her deadly crash unfolded hour by hour…UncategorizedAnne Heche has died - one week after her car came plunging into a house in Los Angeles, California, while she was driving under the influence of cocai…