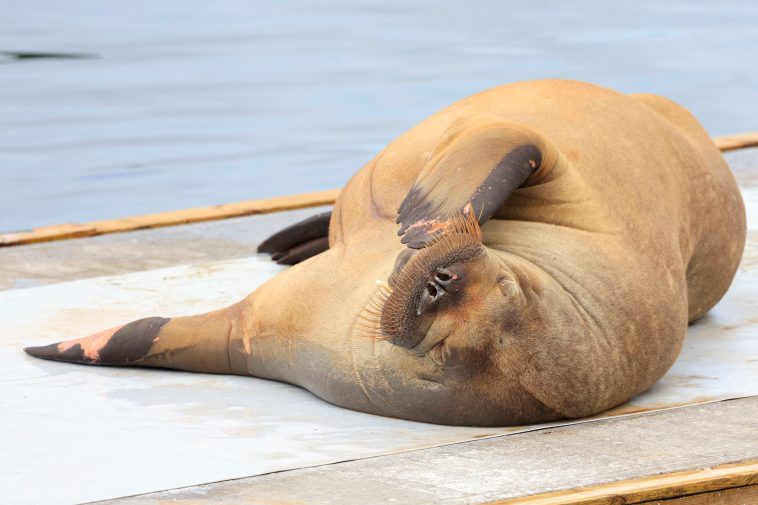 A beloved 700kg walrus lounging away her summer in Oslo Harbour may have to be euthanised over fears she could pose a serious danger to sightseers.

Freya, whose namesake is the Norse goddess of beauty and love, fast became a national treasure in Norway for her sinking of several unwitting boats she hoped might make suitable sunbeds.

But despite calls to the public to keep their distance from her, crowds desperate to catch a glimpse of Freya’s fjord-side siestas continue to throng, according to the fisheries directorate.

Alongside releasing a photograph of Freya surrounded by a pack of fans armed with cameras, a spokesperson for the agency added: “The public’s reckless behaviour and failure to follow authorities’ recommendations could put lives in danger.

“We are now exploring other measures, and euthanasia may be a real alternative,” Nadia Jdaini continued.

“Her health has clearly declined,” she continued. “The walrus is not getting enough rest and the experts we have consulted now suspect that the animal is stressed.”

Freya shot to media stardom after she was first spotted far from her native arctic dozing on the waterfront at Frognerstranda in the Norweigan capital on 17 July.

Though unpopular among seafarers for her launching at and sometimes submerging of their vessels, the sizeable “water queen” – as dubbed by TV host John Oliver – is the subject of unbridled online adoration…