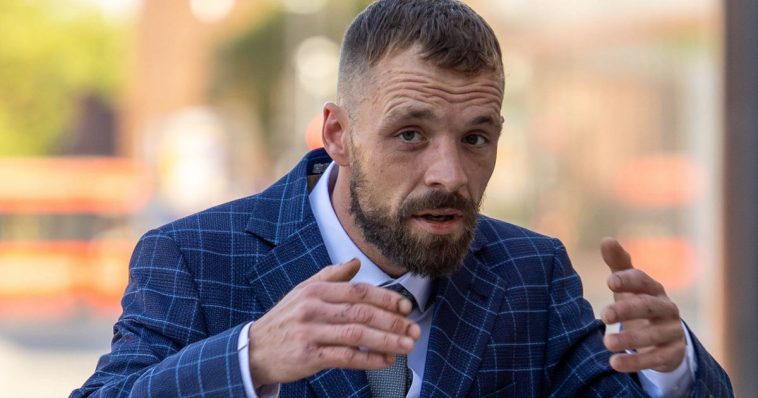 Jamie Arnold, of Staffordshire, is accused of calling Ferdinand a “f***ing monkey” and Dean a “f***ing gay boy” during a Premier League match between Manchester United and Wolves at Molineux back in May 2021.

Dean was officiating the match while Ferdinand was there as a pundit for BT Sport.

CCTV footage played in court allegedly showed Arnold making an offensive gesture towards Ferdinand, while also chanting: “One John Terry, there’s only one John Terry” – with whom Ferdinand has a personal history.

Back to Top
Close
X
Father, son get life for hate crime in Ahmaud Arbery’s death…UncategorizedThe white father and son convicted of murder in Ahmaud Arbery’s fatal shooting after they chased the 25-year-old Black man through a Georgia neighborh…

X
Britney Spears' music comeback confirmed as Elton John announces major colla…UncategorizedBritney Spears is finally coming back to the world of music, Elton John has confirmed.It has been rumoured for a while that these two music icons were…