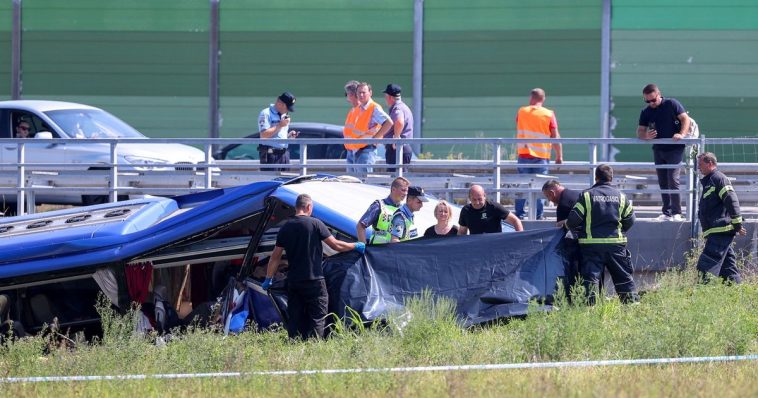 At least a dozen religious pilgrims headed to a shrine have died after their vehicle skidded off a highway.

The crumpled remains of the blue bus were pictured off to the side of the busy road, the A4 motorway in Podvorec, which lies around 30 miles north of Croatia’s capital, Zagreb.

At least 12 Polish citizens were killed and 31 hurt, according to reports.

State TV network HRT reported that the driver may have fallen asleep at the wheel during the 15 hour drive south from Warsaw, which is over 930 miles away by car.