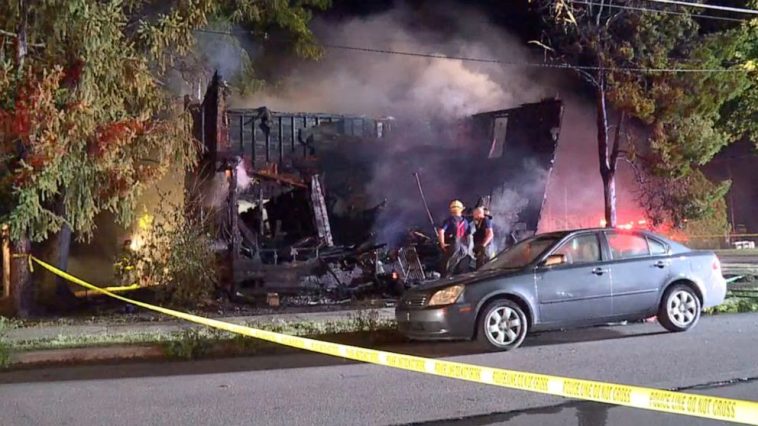 Ten people are dead, including three children, after an intense fire tore through a home in central Pennsylvania on Friday, authorities said.

Crews responding to the early morning fire in Nescopeck could not initially get inside the two-story home due to the flames and heat, according to Pennsylvania State Police Lt. Derek Felsman.

Three bodies were initially recovered in the fire, which was reported shortly after 2:30 a.m., according to police.

State police confirmed Friday evening that 10 bodies have been found dead in the home. The victims ranged in age from 5 to 79, police said. They included a 7-year-old girl and two boys, ages 5 and 6. Their names were not released.

10 dead, including 3 children, after house fire in Pennsylvania, police say