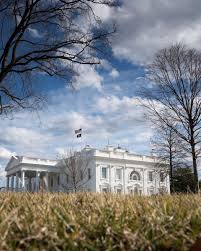 “After China’s actions overnight, we summoned [People’s Republic of China] Ambassador Qin Gang to the White House to démarche him about the PRC’s provocative actions,” National Security Council spokesman John Kirby said in a statement provided to The Washington Post. “We condemned the PRC’s military actions, which are irresponsible and at odds with our long-standing goal of maintaining peace and stability across the Taiwan Strait.” A démarche is a protest lodged through diplomatic channels.

The White House also reiterated to Qin that it wants to keep all lines of communication open and that nothing has changed about the United States’ one-China policy, which stipulates that there is a single Chinese entity and no independent enclaves. But the White House also stressed that it found Beijing’s actions unacceptable and would stand up for its values in the Indo-Pacific.

Back to Top
Close
X
Taiwan crisis: China imposes sanctions on Pelosi over ‘provocative actions’…UncategorizedThe GuardianChina’s government has announced sanctions against the US House speaker, Nancy Pelosi, for “vicious and provocative actions” in going to T…