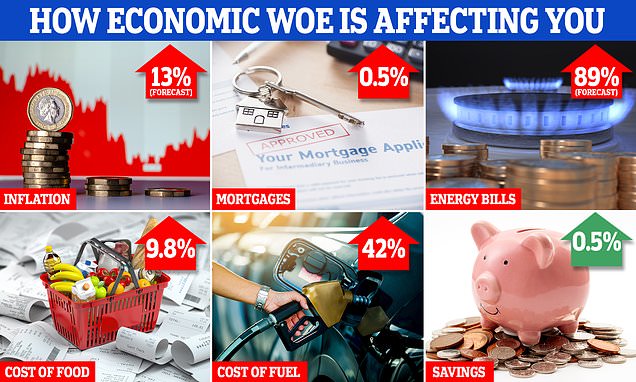 Britain is facing a grim economic outlook with the Bank of England expecting inflation to pass 13 per cent and hiking interest rates by 0.5 percentage points to 1.75 per cent.

The rise is the largest single hike for 27 years, and the highest that interest rates have reached since January 2009 – with millions of mortgage holders braced for huge increases as their fixed-rate loans come to an end.

Energy customers are also likely to see significant bill increases every three months rather than half-yearly, with Ofgem saying the change will provide some stability for the market following Russia’s actions in Ukraine.

Back to Top
Close
X
AA says keep keyless car fob in a pouch, in a box, and in a microwave…In the NewsThe boss of AA is encouraging motorists to keep their keyless car fobs inside a secure pouch, locked in a box and then placed inside a microwave after…

What does the interest rate rise mean for you and your mortgage?