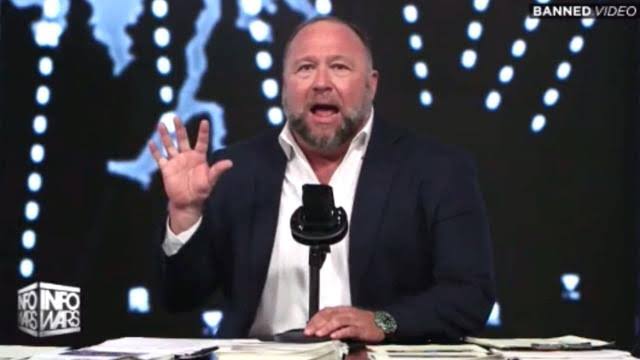 The day after Alex Jones learned on the stand that his own defense lawyers had sent a trove of text messages ostensibly proving that he had perjured himself to the opposing counsel in his defamation trial, the conspiracy theorist used his InfoWars platform to express his apparent shock and disappointment.

After playing the clip from Wednesday of his public embarrassment, Jones said his lawyer “should have gotten up at that point” in trial and demanded to see specific evidence of his perjury. “I’m not attacking, it’s just a fact,” he insisted.

Jones went on to claim that he had searched one of his phones for text messages about the Sandy Hook shooting and didn’t find any so he ended up turning over a bunch of old phones to the “damn lawyers” to look for themselves. “Because I wasn’t talking about Sandy Hook, I don’t care about Sandy Hook,” he said, despite repeatedly suggesting the massacre of 20 first-graders was a “false flag” hoax on his popular broadcast. “We don’t cover it other than when they force us to.”

“And it’s just so incredibly sick that I sit there and give the damn lawyers all the text messages and then they send it over to Connecticut,” Jones added, referring to the plaintiff’s attorneys. “The Texas lawyers, before the new one I have never even gave them the stuff I gave them! Or that’s what they claim.”

Back to Top
Close
X
Chinese ambassador: Why China objects to Pelosi’s visit to Taiwan…UncategorizedWashington PostThe current Taiwan authorities have rejected the facts and legal grounds that both sides of the Taiwan Strait belong to one and the sam…