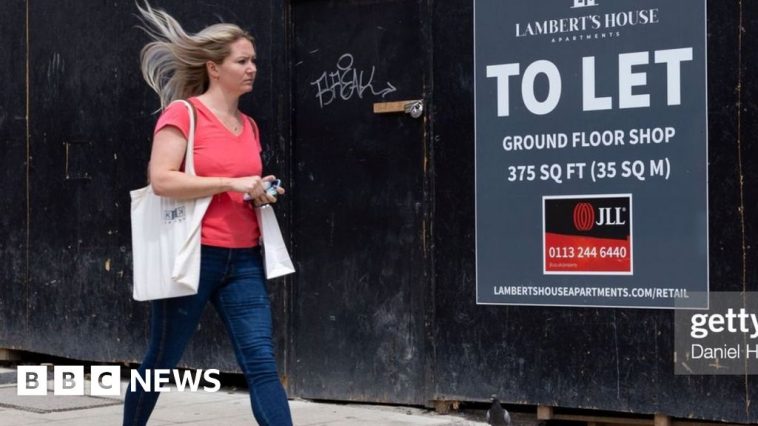 The Bank of England has warned the UK will fall into recession as it raised interest rates by the most in 27 years.

The economy is forecast to shrink in the last three months of this year and keep shrinking until the end of 2023.

Interest rates rose to 1.75% as the Bank battles to stem soaring prices, with inflation now set to hit over 13%.

Governor Andrew Bailey said he knew the cost of living squeeze was difficult but if it didn’t raise interest rates it would get “even worse”.

The main reason for high inflation and low growth is soaring energy bills. driven by Russia’s invasion of Ukraine.

A typical household will be paying almost £300 a month for their energy by October, the Bank warned.

The expected recession would be the longest downturn since 2008, when the UK banking system faced collapse, bringing lending to a halt.

The slump is not set to be as deep as 14 years ago, but may last just as long…

Back to Top
Close
X
Kansas result suggests 4 out of 5 states would back abortion rights in similar vote…UncategorizedNew York TimesThe Kansas vote implies that around 65 percent of voters nationwide would reject a similar initiative to roll back abortion rights, incl…

X
Police pepper sprayed then tasered one-legged 93-year-old man who later died, pr…UncategorizedSky NewsTwo police officers who confronted an elderly disabled man with dementia at a care home by using a Taser, baton and incapacitant spray have be…