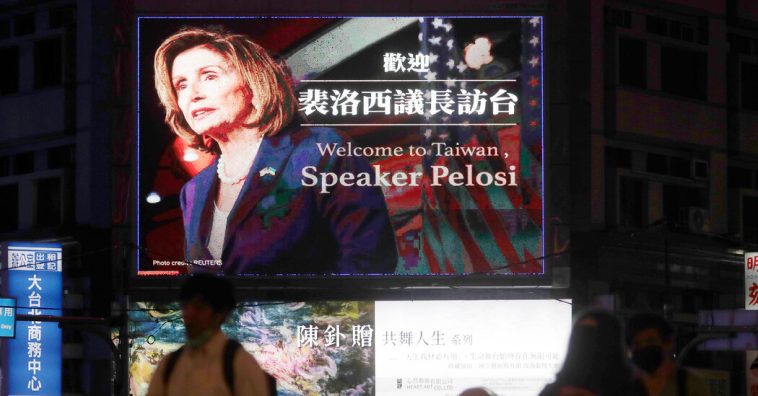 What should the U.S. do then? Don’t back down.

1. Congressional delegations ought to arrive in Taiwan every week for the next year. Make them so routine that Beijing forgets to protest.

2. President Biden should formally state what he has said repeatedly off the cuff: that the United States will intervene militarily if China seeks to invade Taiwan. He can underscore the point with frequent transits of U.S. Navy ships through the Taiwan Strait, along with an expansion of the secretive joint training exercises that U.S. and Taiwanese special-operations forces have already conducted.

4. Biden should propose sharp increases in military spending, particularly for the Navy, which now ranks behind China’s in terms of ship numbers. It would have bipartisan support both as an industrial policy and as a measure of global security.

Back to Top
Close
X
Arizona officials warned fake electors plan could ‘appear treasonous’…UncategorizedNew York TimesKelli Ward, the chairwoman of the Arizona Republican Party, and Kelly Townsend, a state senator, were both said to have expressed concer…

X
"It was illegal": Liz Cheney versus Mark Levin over January 6…UncategorizedMediaite“Uh, I said it wasn’t criminal, assh*les; I didn’t passionately defend it,” Levin wrote. “I don’t know how much Soros is paying you dolts but …