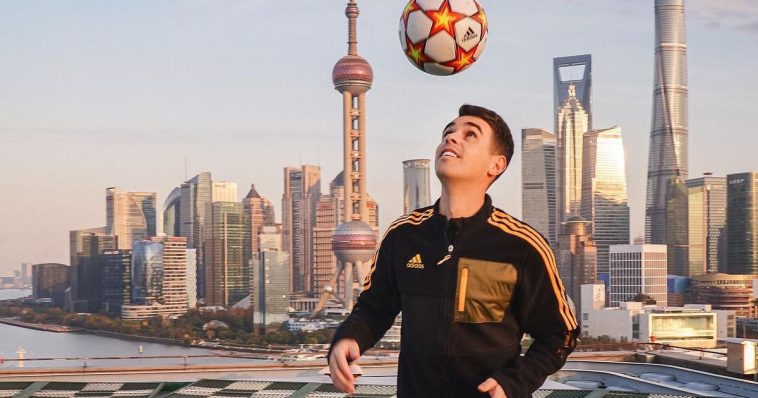 Former Chelsea midfielder Oscar is on the verge of joining Brazilian club Flamengo – bringing his mega-lucrative five-and-a-half year stint in China to an end.

The 30-year-old has earned a Scrooge McDuck-amount of moolah out in the far-east after being handed a whopping £400,000-a-week deal by Shanghai SIPG after quitting Stamford Bridge in 2017. Including endorsements, it’s estimated the Brazilian has earned well over £100million – roughly four more times more than he likely would’ve made playing in Europe over the past five seasons.

In fact, Oscar’s bank account is now so stacked that he could buy Juventus’ ground, the 41,000-capacity state-of-the-art Allianz Stadium in Turin.

Fans rightly questioned Oscar’s decision to ditch European football for China’s millions when he was at the absolute peak of his powers at 25-years-old – especially seeing as he hasn’t featured for Brazil since leaving despite playing nearly every single game for his country between 2012 and 2015.

Back to Top
Close
X
Manchester United seeking to sell six defenders before transfer window closes – Paper Talk…SoccerPlus: Tammy Abraham says he is settled at Roma and in no rush to go back to Chelsea; Barcelona president Joan Laporta has left the door open for a mov…