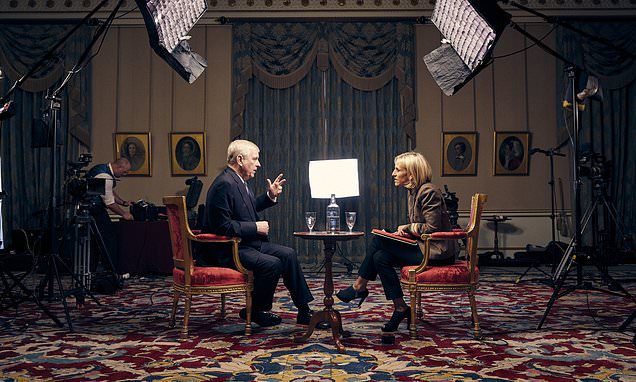 A photographer working for the BBC during Prince Andrew‘s car-crash Newsnight interview claims to have taken a shocking picture of the Royal that would shake the monarchy if it ever became public.

Mark Harrison declined to reveal what he captured, but said it would ’embarrass Prince Andrew and the Royal Family‘ if it were released.

It is understood the Duke insisted the picture never become public, but Mr Harrison hinted that it may feature in a forthcoming film about how the BBC secured the interview. As a dramatisation, producers may feel free to recreate their own version of the ‘jaw-dropping’ image.

A source close to the Newsnight interview who has seen the original photograph said that if it became public ‘it will be so shocking, especially if it is decontextualised.