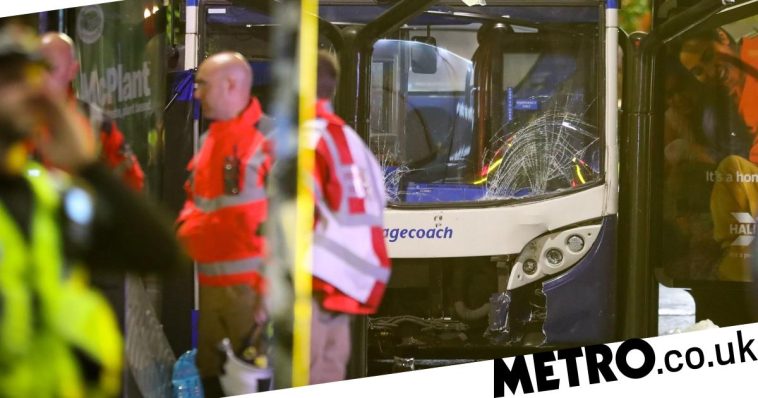 A woman in her 50s has died and two others are injured after being hit by a double decker bus in Manchester.

The group was at a bus stop in the Piccadilly area of the city centre when tragedy struck on Sunday night.

A woman, also in her 50s, is in hospital with serious injuries following the collision.

A man in his 60s was treated for minor injuries shortly after 9.30pm.

One eyewitness told the Manchester Evening News: ‘I just saw the bus suddenly mount the kerb and crash into the bus stop.

‘There were hundreds of people standing around trying to help. The police were here within minutes.’